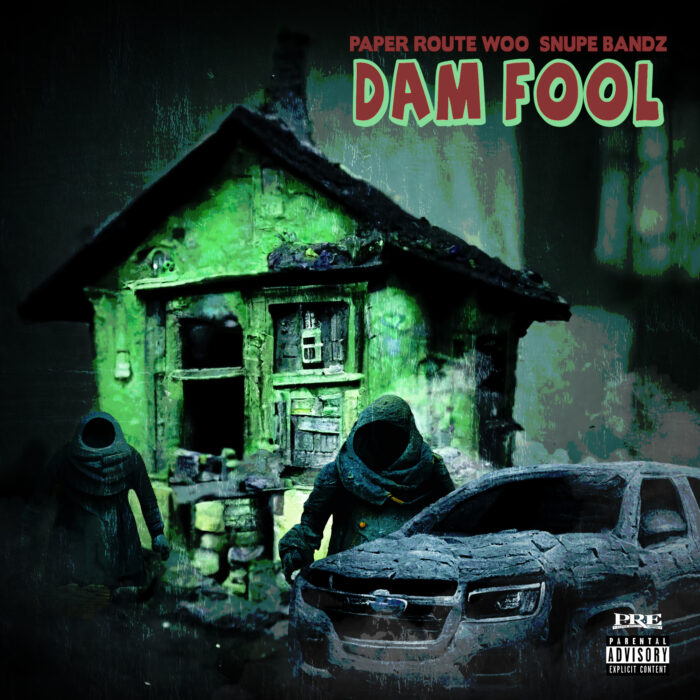 With their tight chemistry and their shared passion for flashin’, SNUPE BANDZ and PaperRoute Woo are the next Paper Route Empire duo to take over the game. The two Memphis natives take a trip to Los Angeles’s Chinatown in “Dam Fool,” their new music video. Tag-teaming a beat from King Ceeo, who delivers a simmering and atmospheric instrumental, SNUPE and Woo deliver verses packed with pugilistic punchlines and head-turning turns-of-phrase. Woo impresses with an extended football metaphor (“I’m the quarterback, I call all the shots b*tch I’m the GOAT/I was raised up in the field, mane, you other n****s were coached/I’ll burn you and your patna early morning like some toast), while SNUPE BANDZ makes very clear that he doesn’t follow trends: “My pockets stuffed full of blue, my body iced out with jewels/You a broke boy go and get a job, stop tryna be cool.” In the video, SNUPE and Woo show out in L.A.’s Chinatown, posing by statues of lions and stunting under lantern light.

“Dam Fool” is a highlight cut from Boyz In The Hood, the upcoming joint mixtape from the two PRE upstarts. Boyz In The Hood gets a lift from the two rappers’ percolating chemistry: Woo stacks flows and boastful bars with a booming and authoritative delivery, while SNUPE is effortlessly laid back, drawling rhymes about his luck with ladies and money-getting prowess. The latest salvo in an eventful year for Paper Route Empireas they honor the memory of Young Dolph, expect Boyz In The Hood to hit the streets in the very near future.

SNUPE BANDZ and PaperRoute Woo have a long history of collaborations, dating back to 2020’s “In My Bag” and continuing through last year’s “Pop Out,” which drew 1.7 million YouTube views. Both SNUPE and Woo joined their mentor Young Dolph on “Nothing To Me,” a standout single from last year’s PAPER ROUTE iLLUMINATi mixtape, generating over 7.8 million views, and later took the stage in remembrance of their role model during a tribute set at Rolling Loud California. The two Memphis natives made memorable appearances on  Paper Route Empire Presents: Long Live Dolph, the recent PRE compilation tape: SNUPE shined on his solo showcase “I Know Why,” and connected with Joddy Badass for the sensual “I Like,” while Woo flashed his mastery of flow in “Fully Equipt.”