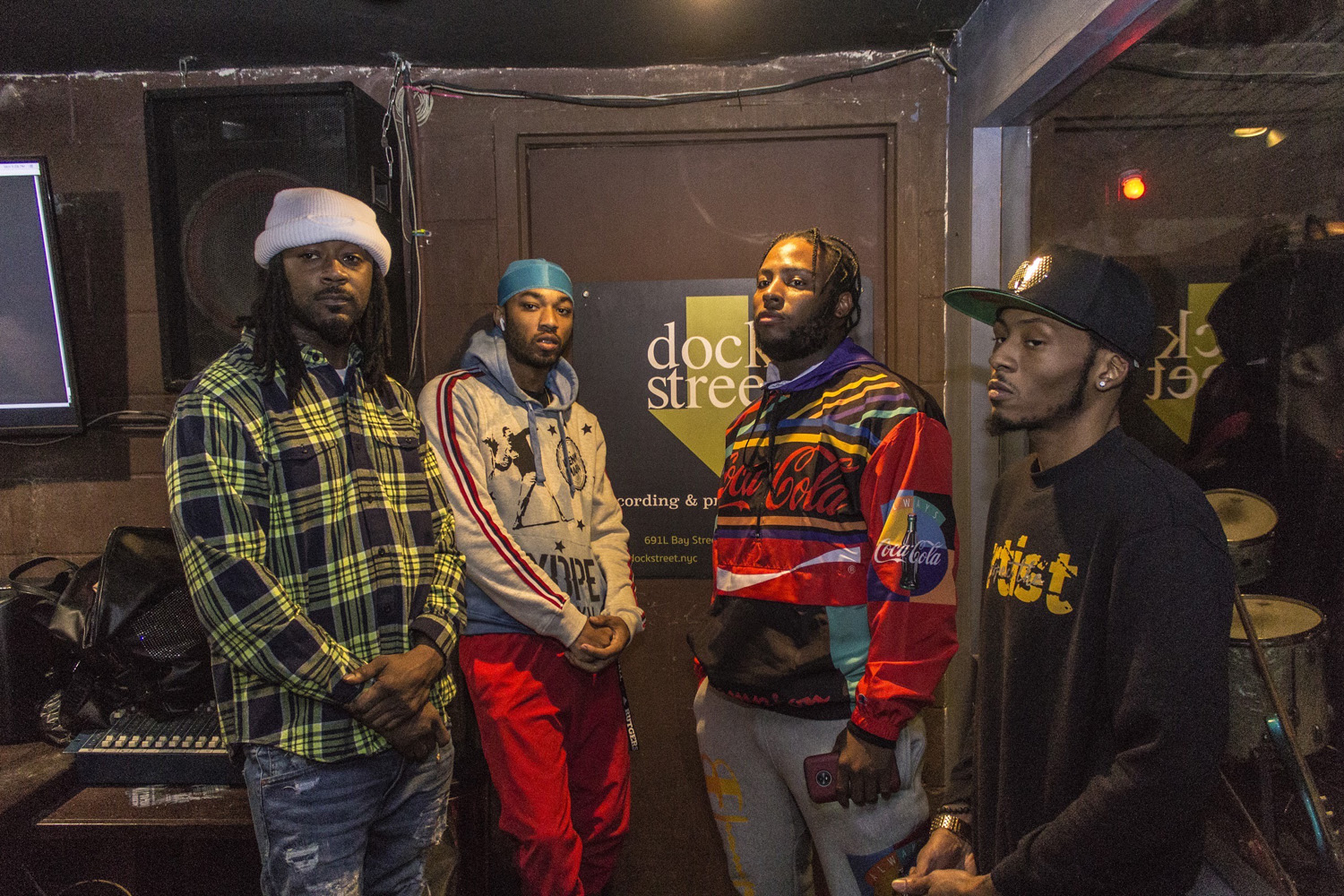 Tearing into 2021 with formidable dexterous drive, 2nd Generation WU (composed of the sons of the Wu-Tang Clan) have released their new full length debut, HEREDITARY, via Dock Street Records. The group of emcees pioneered by iNTeLL (son of U-God) and PXWER (son of Method Man) has crafted a record that honors the classic R&B-spliced samples and gritty flow of ’90s Wu-Tang while blending it seamlessly with booming bass, trip-hop vibes, and the radical production of modern rap.

With Hereditary, 2nd Generation WU expands their legacy that is already well underway. The Fall of 2020 saw their latest single “Heaven On Earth” debuted on Substream Magazine with the previously venerated singles “7.O.D.(featuring Young Dirty Bastard and SunGod),” “New Generation (featuring Method Man),” “Soothe The Soul (featuring Jackie Palladino),” and “Legacy Drip,” backing it up. Adding to the band’s deep-rooted impact, CBS influential news magazine Inside Edition chronicled the origins of the group in a feature last year.

The 15 track tour de force kicks off with the trip-hop interlude of “ROYAL GENETICS” and immediately runs full speed into the classic, pulsing, Wu-Tang-styled samples and powerful flow of “WRONG ROUTE.” “PXROKINESIS” suspends energy on the edge of a knife that falls like a heavy smoke when “WEAPON X” takes the reins. “GUESS WHO?” pairs old-school rap performance with experimental chopped and screwed production that tears through the track like a horror film bursting out the seams. Funky drums lead into the elegant samples of “SHOTGUN” bringing the record back to the classic sounding lo-fi samples and dynamic vocal energy of the 2nd Generation WU for “FROM THE ISLES OF STATEN” and “ALOTTA LOOT.” “EXPRESS POWER” floats its graceful melodies into the dark groove of “BLOCKCHAIN.” “MENTAL STIMULUS” resurges with energy before “GOLDN MEATHOOKS (ft. S.I.T.H, Inspectah Deck, & Prema777),” reminds us that, “Wu-Tang is for the children,” ending on a saccharine sample that makes way for bonus tracks “7.O.D.,” “WITH THIS (ft. Zeph Mcfly, S.I.T.H & Prema777),” and “OFF THE CONTACT (ft. CORE)”.

Teaming up with Staten Island, NY-based Dock Street Records owner Ettore Mazzei, 2nd Generation WU are looking forward to the new stage in their continuation of the Wu legacy. “Every few years, Hip Hop reaches within itself to bring out something new,” they explain. This nostalgic sound from the new generation became what we now know as 2nd Generation WU, expressing the greatness embedded in their DNA as they formulate their own ways to uplift and educate the masses through longevity and timeless music.