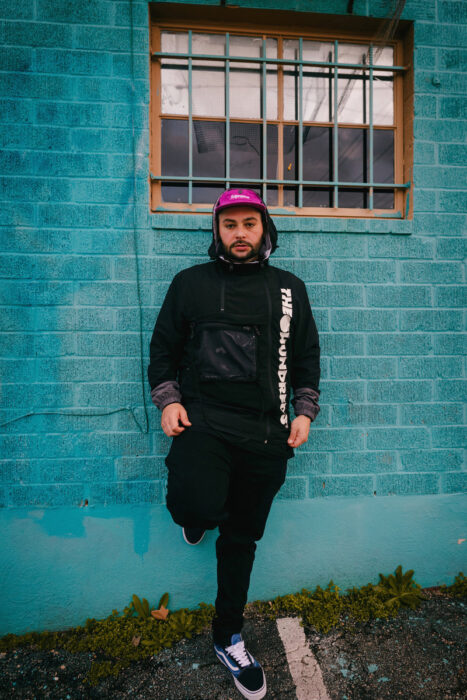 Clemits is a rapper & producer based in Austin, TX. He has released an array of projects highlighting his extraordinary abilities as a beatmaker, most notably his 2016 project CRUSH & 2018 A Cult Classic. Although Austin’s Hip-Hop scene isn’t highly publicized, there’s a lot of bubbling artists ready to pop. Check out our conversation with Clemits below!

When did you start making music and what inspired you to begin?

I started making music initially by freestyling with my friends in high school. One of our friend’s mom left her house and so a couple of the older guys would pitch in and pay the rent on the place. Girls would come over, and we had a cinderblock wall out back where people practiced graffiti all day, then we would freestyle all night. From there a group called Fools Incorporated that was real popular in Austin and were friends of mine showed me that recording music and putting it out and being successful was something that was possible so I followed in their footsteps.

Why did you choose the name Clemits?

I’m from a small town in West Texas and there was a park in Odessa, a notorious park where people would hang out and drive lowriders on Sundays. The park was notorious for being a hard spot in an already dangerous town. That park was called Clemits park and I took my name after it.

Which do you prefer, songwriting/rapping or making beats?

I prefer creating and recording music over performing it live. I don’t have a preference to making beats or writing. The only difference is I can make beats even when my brain is tired and I’m not thinking at my sharpest ability. But when I’m writing I have to be well rested and firing at all cylinders, so there’s just a little more preparation.

How did you learn to make beats? Are you self-taught?

No, I have lots of guidance. The original producer from (Fools) Incorporated guided me. I have an engineer that engineers for a lot of west coast underground Hip Hop artists, his name is Deeskee and he’s well known he’s produced and engineered for almost everybody. A lot of people associate him with Daddy Kev they are 2 integral engineers in Los Angeles. He has guided me in more recent years on my production. How to achieve certain base tones, how to retune the bass. Like when you use samples sometimes the samples are out of tune and you have to retune the bass, so Deeskee has been an invaluable resource for me.

Earlier this year you dropped Clem F Doom, a tribute to the legendary MC. If you could get a DOOM verse on any beat in your catalog, which would you pick?

My favorite DOOM verse would have to be “Great Day” or the Quasimoto song “America’s Most Blunted.” If I could get DOOM on any one of my beats…I have an unreleased beat with a sample from a French producer or “Selfish Summer” off Big Cult Classic. It just has such a smooth vibe to it that I think that any of DOOM’s verses would fit on that beat perfectly.

Who are your music inspirations?

Alchemist, Evidence, Boldy James, A Tribe Called Quest, Mach-Hommy. I just love the way that Hip Hop is turning out, because all the people from the past are now here and all the new people are into it. The way old school and new is mixing is incredible.

Name 3 of your favorite projects that dropped this year.

What is the first song of yours that someone should hear if they are listening to you for the first time?

How’s the Hip Hop scene in Austin/central Texas? Any notable names to shed light on?

The Hip Hop scene in ATX is filled with amazing, creative, undiscovered raw talent. People from all over Texas as well as the all over the country have come here and developed themselves into some of the best living Hip Hop artists right now. It’s tragically underrepresented but I think that’s changing. Acclimated Assassin, Pharaoh the earthworm, Ben Buck, Apaso (San Antonio), Gensu Dean, Kydd Jones, Zilly and Franchise. And then you have artists like Dubbo who’s been really successful and Quin NFN. I’m very happy for all their success and I hope to boost my career to a level that can make Austin proud.

You recently dropped a new single King Art, kind of an ode to Arthur Scott. Could you explain the single and who Arthur Scott is?

Arthur Scott was a rapper here in Austin. He worked closely with the producer Ruler Why. He was an amazing rapper and amazing artist with a deep knowledge of Underground Hip Hop. He went to Reed College in Oregon, so he was highly educated. His family is a notable family the Scotts in Austin. Arthur like so many people was affected by the infestation of extremely potent narcotics being mixed into other recreational narcotics and he’s survived by his wife Kristen and his family. We all loved Arthur very much, he was very talented. One time I was on the Warp Tour and he came out to tour. It was daytime and hot a lot of times there’s EDM music or different types of music that might not be your genre and Art hated it. You could tell he hated it, but we laughed about it and we always laughed about these nightmare gigs, and fun gigs and he was just a great guy. And at the wake I created a song where I produced a beat and sampled a King Arthur sample from an old children’s movie and I basically read a rap eulogy.

Big Jade Teams Up With Houston Legend Z-Ro on “Eat”