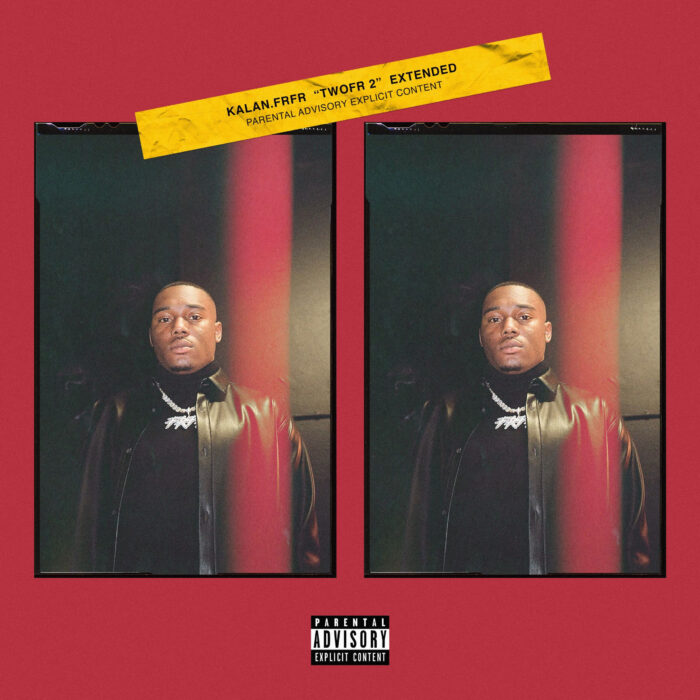 Kalan.FrFr blazed a fiery path through L.A.’s rap scene with his infectious melodies and fly lyricism. Ready to feed the streets with more silky smooth rap jams, Kalan announces TwoFr 2 Extended. The upcoming release is an expanded version of his most recent project TwoFr 2. While the original version of the project found Kalan shouldering the load mostly on his own, with features only from Mozzy and Stunna 4 Vegas, the new songs on TwoFr 2 Extended highlight Kalan’s skills as a collaborator. On duets with Lil Durk and Maeta, Kalan gets romantic with smooth, X-rated melodies, while in his collaborations with BlueBucksClan and 1TakeJay, he returns to his Compton roots and lays down the law. Further establishing Kalan as one of L.A.’s most versatile and creative artists, TwoFr 2 Extended arrives on July 16th via Roc Nation/First Class Ent. and is now available for pre-order/pre-save.

Released in March, TwoFr 2 is an excellent showcase of what makes the Compton native special, namely his silky, rhythmic croon and his sharp sense of songcraft. The project earned critical praise from outlets like Okayplayer, who called it “breezy, bouncy music perfect for a trip to the West Coast,” and Lyrical Lemonade, who called the album “some of the best music coming out of the West Coast,” as well as positive notices in HotNewHipHop, RESPECT, and more. The project is home to “Scoring,“ which peaked in the Top 30 of Urban Radio airplay charts, “Get In,” a lumbering, piano-heavy banger with an appearance from Stunna 4 Vegas, and “No Love” ft. Mozzy, which has a music video that pays tribute to Paid In Full, one of Kalan’s favorite films.

The Compton native will perform songs from TwoFr 2 and TwoFr 2 Extended live on the  “TwoFr Tour,” which embarks this fall. Kicking off in Houston on November 3rd, the tour weaves through the Western U.S., culminating in two hometown shows at The Novo on November 23rd-24th. His first tour since Fall 2019, the “TwoFr Tour” will feature performances of songs from TwoFr 2, as well as past hits like “Naked” and “Fine Ass.” TwoFr 2 is streaming everywhere via First Class Entertainment/Roc Nation.

A major figure in Los Angeles’ stacked rap scene, recently crashing the Top 10 of Billboard’s Emerging L.A. Artists chart, Kalan.FrFr earned accolades and co-signs for his breezy melodies and hard-hitting bars. With TwoFr 2 and its upcoming extended edition, Kalan solidifies his unique position on the West Coast scene, and builds even more anticipation about great things to come.