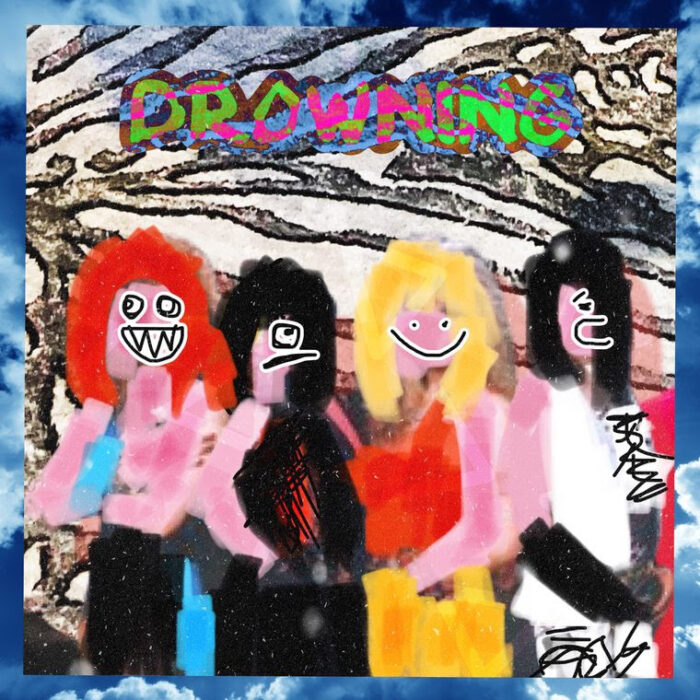 With a catalogue that travels from alternative dark pop to bass booming trap bangers – Watson’s music is fresh and unconventional, pushing boundaries with each release. Now, the American recording artist releases his newest single “DROWNING” – the angsty underbelly of toxicity coming undone. The emo-punk inspired track is an ode to being crushed by cupid’s sledgehammer and finding not all is lost after.

The music video release, directed by Raymond Galvan, is a hilarious spoof of music shows in the era of 90s MTV – featuring Watson as the reporter of music talk show Punk Pastures interviewing all-girl punk group The Watsons. As the interview unfolds into a cringey question montage, the music video leads into a special The Watsons performance of “DROWNING” and a cameo appearance of his OnlyFans exclusive Billy Mays inspired infomercial, “James Brown.”

When discussing the track, Watson shares:

“I made this song in the middle of a party – you can hear it in the background at the beginning. So – like the song – though dark, you can feel the good times in the vibe of it all.” – Watson

Watson is the sub-ego of an automation currently operating as an American recording artist. Born in Los Angeles of Hatian descent, his diverse musical palate is always on display; Watson touches all genres including a mix of Eclectic SadBoi Pop, Sex Rap, Future RnB, Internet Alternative and Post-Pop Indie. Through modern engineering, Watson has pioneered a revolutionary method of melody. In June 2020, the newly-independent artist released his debut EP titled Hallelujah, I’m Free. The EP’s viral single “Dance Alone” became an instant Tik-Tok sensation, launching himself in the reign of Complex UK, Billboard, and Wonderland Magazine. Watson will be releasing a plethora of new music this year, including two releases each month for the entirety of Summer 2021.