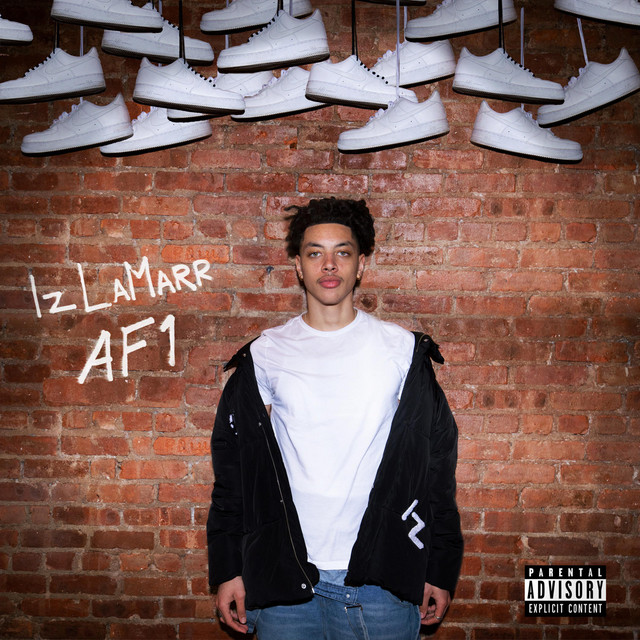 Multi-faceted maestro Iz LaMarr bursts back onto the scene with his fiery new single ‘AF1’, a statement release that is sure to be the sound of the summertime.

Produced by Ed from New York and himself, the track commands attention with its gritty bass and bossy attitude, as Iz’s flaming hot bars bounce along to the broody flow. Thumping 808’s and soaring synths raise the temperature, and he proves once again why he is one of Los Angeles’ finest new exports. A song inspired by fake flexing and ingenuity, Iz elaborates on his lyrics, stating

“AF1 uses the popular Nike sneaker (a very common but basic shoe) as a metaphor for basic and a metaphor for basic and inauthentic people who needlessly lie about their lives in hope of raising their social status, when in reality their attempts are as transparent as a piece of cellophane. Lines such as “Post in a jacket they return the next day” are examples of things I actually see people do every day, like pretend they just dropped a bunch of money on new clothes or a car that they can’t afford or don’t even own. Like much of my music, this song is a reflection of the day to day reality that we live in, but is not always seen or acknowledged by the common eye, so I shed light on it with my art.”

Owing his identity to his city, the rapper, singer, actor and entrepreneur adopts the diversity of LA in each of his crafts, celebrating the multitude of subcultures that make up the rich tapestry of the California hub. After beginning piano and guitar lessons at the age of eight, he brewed a passion for music that has remained integral to his life, looking to Dr. Dre, Michael Jackson, Travis Scott and Kanye West for inspiration. His career kicked off in high school and he rapidly began to gain recognition from peers and the local community. Boasting a strong cadence and irresistible flair, he has since churned out a string of successful releases, with his most popular offering ‘Blow’ racking up a mighty 91,000 streams on Spotify alone, and his latest single ‘Bag’ standing at just shy of 250,000 views on YouTube. Incorporating his knack for graphic design into his live performances, he uses Photoshop to create larger-than-life digital displays that reflect his musical approach, and his energetic demeanor is one that is hard to ignore.