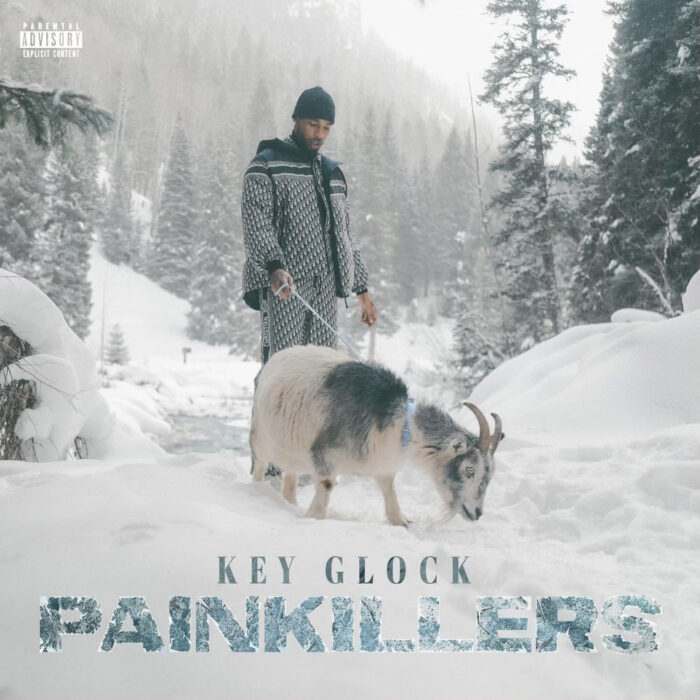 When facing an obstacle, the goat doesn’t go over it, under or around it. The goat lowers its head and runs right through it. Stand between Key Glock and the bag, and suffer the same fate.

Racking up over 2.5 billion combined streams on Spotify and Apple Music since he started his career in 2017, Key Glock continues to reach new heights. After his 2021 project, Yellow Tape 2, debuted at #7 on the Billboard 200 chart, #1 on the Independent Albums chart, and #2 on the Top Rap Albums chart, Key Glock returns with more momentum than ever before with his new video single, “Pain Killers,” alongside the announcement of Yellow Tape 2 (Deluxe), which adds 10 new songs to the hit original album and arrives March 25th via Paper Route Empire.

The video for “Pain Killers” sees Glock cruising through snow-capped mountains in his signature yellow Cullinan, before hoofing it through the winter wilderness with his cashmere companion. Much like the goat, Glock doesn’t run with the herd–he keeps his head down and keeps moving. Though the goat may be hard-headed, it’s best defined by its hunger and humility. As Glock raps, “I ain’t worried bout another n****, I handle business/You bleed like I bleed, n****, you want it you can get it,” the message is made clear. The goat has arrived, and when you mess with the goat, you get the horns.

The success of Yellow Tape 2 proved beyond all doubt that Key Glock is a standalone star in the truest sense. With the 20-track project, Glock cracked his first solo entrance into the Top 10 on the Billboard 200, racked up over 70 million streams on Spotify alone, and did it all without a major label or a single guest feature. In January, Glock paid tribute to his cousin, mentor, and friend, Young Dolph, with his potent tribute, “Proud,” which earned over 4 million views in its first three days, and received praise from The New York Times, among others. The track was featured on the recent compilation album, Paper Route Empire Presents: Long Live Dolph, where Glock appeared alongside his fellow PRE labelmates.