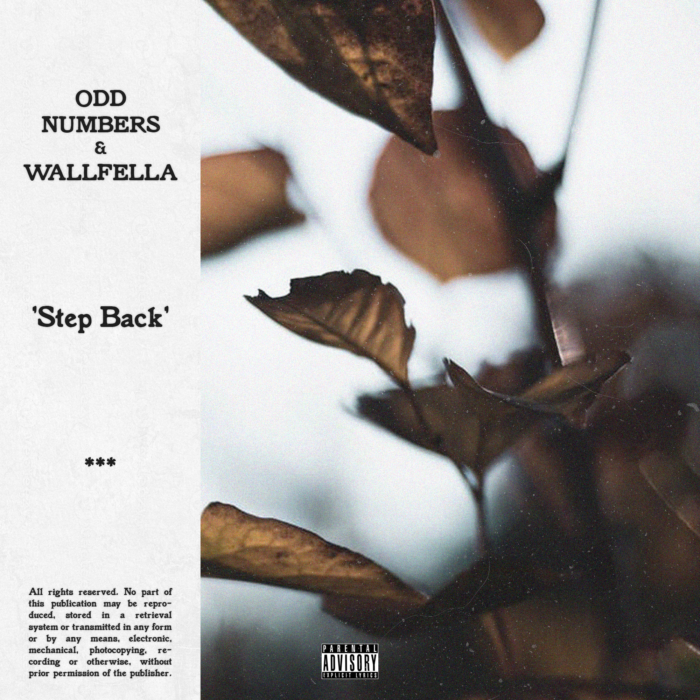 Following their upbeat collaboration on the producer’s debut album last summer, Wallfella and Odd Numbers reconnect to examine Irish politics, the mental health system, and the pursuit of happiness.

With Covid still looming two years on from the first nationwide lockdown, ‘Step Back’ speaks to the less obvious pandemics currently affecting the country: rising suicide rates; crippling austerity measures; and fear-mongering within the Irish news outlets. The track is a plea for those who make the big decisions to “take a step back” and look at the bigger picture, instead of focusing solely on one problem. As the pandemic wears on, the nation’s stripped-back and underfunded public health measures exposed many people to experiencing situations linked to poor mental health, such as isolation, bereavement and job loss. The song reflects on this and questions why many of these issues were ignored.

Wallfella: “It’s a reflection of the last two years during the pandemic. It focuses on the media’s portrayal of what’s been going on, whilst highlighting the complete lack of awareness of other problems that have struck the world; the main one being the number of people that have taken their own lives due to the restrictions.”

The single marks the second co-release between the producer and rapper, having previously worked together on the closing track of Odd Number’s collaborative debut album, ‘The Golden Éire Tapes Vol. 1’.

Odd Numbers: “It feels like a companion track to ‘Blue’ in a lot of ways. Both were made under very similar circumstances yet portray completely contrasting messages. There’s a familiar duality between the tension and anxiety felt in ‘Step Back’, and the summery optimism of ‘Blue’.”