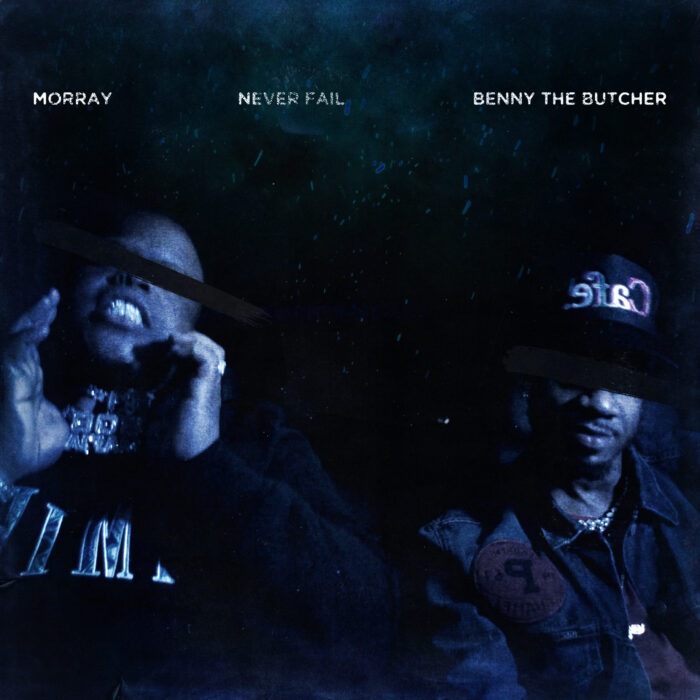 Climbing charts with his soaring melodies and inspirational lyrics, North Carolina’s Morray is one of hip-hop’s brightest young stars. Promising the world that his successful 2021 was just the beginning, the rising rapper shares “Never Fail,” an anthemic new video single. Produced by Smatt Sertified, Akachi, and Sonickaboom of 808 Mafia, “Never Fail” is a change of pace for Morray, eschewing guitar loops for epic trap production and allowing the artist to flex his verbal dexterity with fast-paced melodic runs. The song is a lyrical showcase for the Pick Six Records rapper, who shares harsh words for his doubters and asserts that he won’t be satisfied until he proves himself to be the best in the game: “I’ma just count up the millions it’s touching the ceiling I love how it fall dog/You get one shot to make an impression or you blow it like a sawed off.” “Never Fail” features a guest appearance from Benny The Butcher, the Griselda rapper matching Morray’s lyrical intensity with a percussive and powerful 16 bars.

Directed by Whipalo, the “Never Fail” video finds Morray and Benny spitting in the shadow of skyscrapers, as they tour New York City and mean mug for the camera. “Never Fail” follows in the wake of “Better Things,” a behind-the-scenes video that gave fans an inside look at Morray’s meteoric rise, and September’s “Bad Situations,” which garnered over 6 million views. Morray is currently working on his follow-up to Street Sermons, the artist’s critically acclaimed debut album.

Debuting at  #41 on the Billboard 200 and propelling Morray to #1 on Billboard’s Emerging Artists chart, Street Sermons taps into the spiritual uplift and church-trained singing that makes Morray’s brand of hip-hop so unique, taking unflinching looks at the Fayetteville native’s youthful struggles and indiscretions and examining his motivations to succeed. Home to his breakout single “Quicksand,” which recently earned a GOLD certification from the RIAA and racked up more than 200 million streams, the project contains universal truths about the tragedies and triumphs of growing up in the hood, filtered through Morray’s experience as a neighborhood kid made good. Complex ranked Street Sermons at #10 on their list of Best Albums of 2021 So Far. In July, Morray revisited one of the tape’s highlights “Trenches,” recruiting Polo G to add a verse for “Trenches” (Remix).

One of the biggest breakout stars in hip-hop over the past calendar year, Morray recently earned a nomination at the Soul Train Awards for Best New Artist, following a nomination at the BET Hip-Hop Awards in the same category. The honor is the latest in a long line of accolades, including a position on the coveted XXL Freshman list for 2021 and “one to watch” designations from Complex, Billboard, SPIN, Pigeons & Planes, and many more. He’s established himself as a go-to guest artist, appearing on “m y l i f e,” the #2 Billboard Hot 100 hit by fellow Fayetteville, NC native J. Cole, and more recently, lending his talents to “In My Blood,” a new video by the late Mo3, one of Morray’s favorite artists. Morray is an engaging live performer, joining J. Cole on “The Off-Season Tour” and rocking sold-out crowd in a series of stadium dates. This summer, Morray performed “Quicksand” on JImmy Kimmel Live, and was highlighted by Rolling Stone as the “Best Debut” performer at Rolling Loud Festival in Miami.

Street Sermons was merely the first step in Morray’s rise towards stardom, proving that he’s more than ready to build an artistic legacy and a nest egg for his wife and kids. For an artist with Morray’s talent, the sky is the limit.