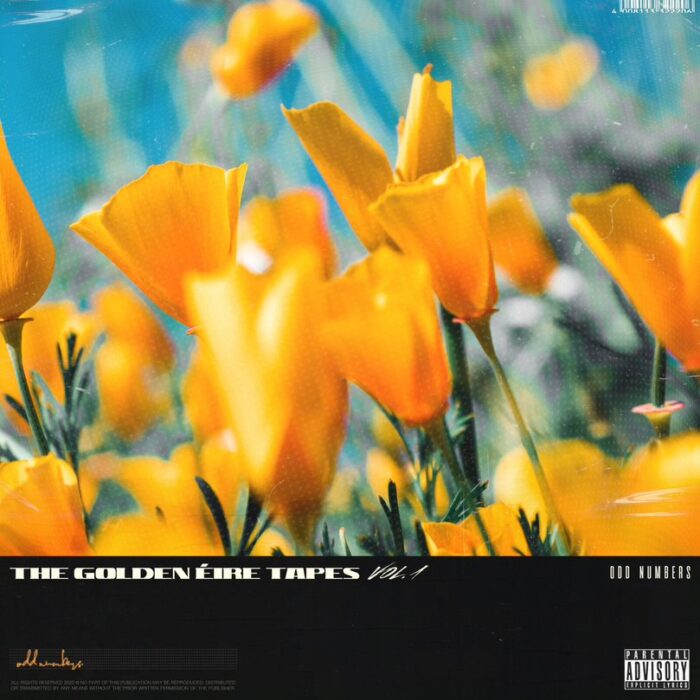 While the majority of the country’s music scene has been in suspension over the past year and a half, the pandemic has undoubtedly been the busiest and most fruitful period of Odd Numbers’ growing career as a producer. Following the success of his first three releases this year, the Dublin-based beatmaker finally delivers on his long-awaited debut album; a project which taps into the booming Irish Hip-Hop scene and some of its numerous contributors.

The Golden Éire Tapes Vol. 1 blurs the line between album, mixtape, and playlist; presenting a diverse range of sound that spans the chronology of Hip-Hop and its subgenres. The project features an eclectic mix of some of Ireland’s most prominent artists and some more underground acts, wholly produced by Odd Numbers.

“The title speaks to the ever-growing movement and progression of the culture. The golden era of Hip-Hop refers to a period when the genre was at its prime. The sound was unique and experimental, the subject matter was authentic, and the commercial viability of the genre was becoming more prevalent. The last few years has seen Ireland enter into a similar period.”

The producer drew influence from several artists and producers during the album’s inception including the likes of Mac Miller, Decap, Kenny Beats, The Cxdy, and STLNDRMS. The result is a 32-minute project which spans the Hip-Hop spectrum, ranging from jazz-infused lofi beats to glitchy trap stompers. Artists featured within the album include: Emmet O’Brien, Muttonhead and Local Boy, RÓGAN and ØMEGA, Citizen Black, Róg Poets, Sea High, Ritewell and Daly, Jeorge II, The Ballyboyz, Hazey Haze, and Wallfella. Such a feature-heavy debut would not have been possible without the support of The Arts Council. Odd Numbers recalls taking a chance on funding when the lockdown initially hit last March,

“Funding was so far beyond my realm of expectations. I’d seen the grant advertised and figured I’d give it a shot but I had no real hope of being accepted for it. It fills me with pride knowing that they saw promise in a collection of underground rap tunes. I think that itself speaks volumes for the progression of the scene.”

This release marks the first in what will hopefully be a series of collaborative albums created to promote community and collaboration within Irish Hip-Hop.