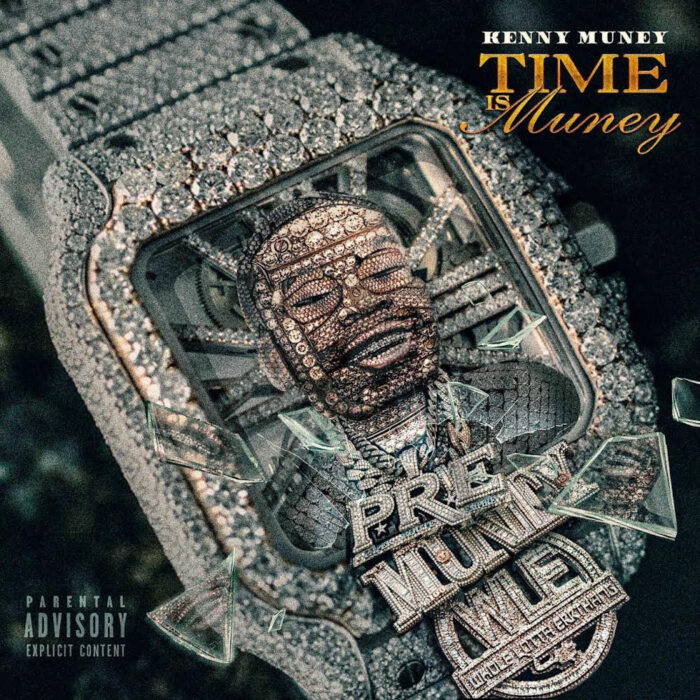 With a humble attitude and an endless flow of too-hard bars, Kenny Muney is the latest Memphis rapper to hear. Now ready for his own breakout moment, Muney announces Time is Muney, his new 15-track project. With his sly grin and popping charisma, Muney finds a way to infuse his heavy trap beats with romantic sounds, garnering interest from female fans. Featuring a single guest appearance from fellow label mates, Key Glock and Big Moochie Grape, Muney takes a step out on his own with his new project, showing his serious, raw talent. Currently available for pre-save/pre-order Time is Muney arrives on November 19th via Paper Route Empire.

Along with the project announcement, Muney shares, “Backend Freestyle,” his new video. In the video, Muney finds the perfect balance between hot and cold by heating up the studio with his fire bars and Maruchan instant ramen and cooling it down with the heavy ice hanging from his neck and his crisp Moncler beanie. Although it would be hard to miss the stacks of cash flooding the video, Muney closes out the track with: “I do what I wanna do, Imma rich Black man,” in case anyone was doubting his bread.

In the run up to Time is Money, the follow-up to 2019’s Muney Talk, the Paper Route Empire signee has kept himself busy by dropping multiple singles this year including “Lowkey,” “For Kenny,” “Long Time Coming,” and “Poppin It.” This past July, Paper Route Empire released their first ever collaborative mixtape, PAPER ROUTE iLLUMINATi, which heavily featured Young Dolph, Key Glock, and Kenny Muney among other label members. Most recently, Paper Route Empire dropped the video for a highlight track off the mixtape, “Ashtray” featuring Young Dolph and Kenny Muney, receiving over 1.5 million views on YouTube and critical praise from REVOLT.

With Time is Muney coming this week, Kenny Muney aims to show that he’s ready to stand out on his own and take his place in the national rap conversation.