Skypp Follows Up His Acclaimed Album with “King of Indiana: B-Sides” 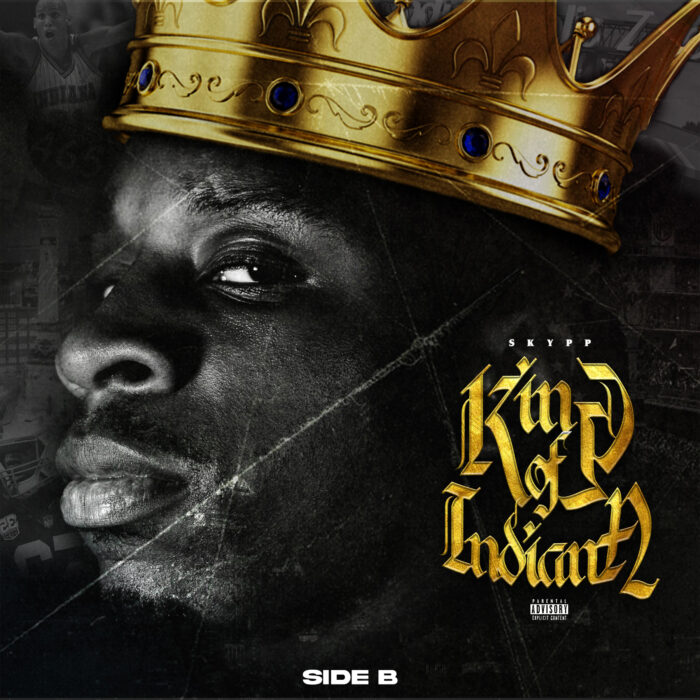 “A lot of people write off the b-sides of singles & albums because technically it’s the leftovers; But these leftovers are just as appealing as the entree. Many of these songs were more than good enough to make the album. Some didn’t fit the storyline and some just didn’t fit aesthetically. Nonetheless, “King of Indiana: B-Sides” is not to be slept on. If you appreciate gritty boom-bap hip-hop then you’ll love this.” – SKYPP

The B-sides contains 15 original songs that were conceived in the process of the initial album but failed to make the cut. All production credits belong to Seany D and Jaecyn Bayne while the sole guest feature on the album is that of Tony Cleveland. Rooted in heavy bars “King of Indiana: B-Sides” is available everywhere music is streamed or sold.

Skypp first gained notoriety in 2011 with his weekly SoundCloud series “Skypp Saturdays” where he would flow over industry rap instrumentals. Skypp Saturdays amassed over a half of million streams. He has since appeared on shows with DMX, Mystikal, Bun B, Too $hort, Floetry, Yo Gotti, DJ Quik and Babyface to name a few. A key member of his hometown, Skypp was recently featured on the side of an IndyGo metro bus in promotion of the city’s new Red Line transportation service. Skypp shows no signs of slowing down having charted in the iTunes Rap/Hip-Hop charts with his last three solo releases. You can keep up with Skypp by visiting https://www.officialskypp.com/.

Stream King of Indiana: B Sides