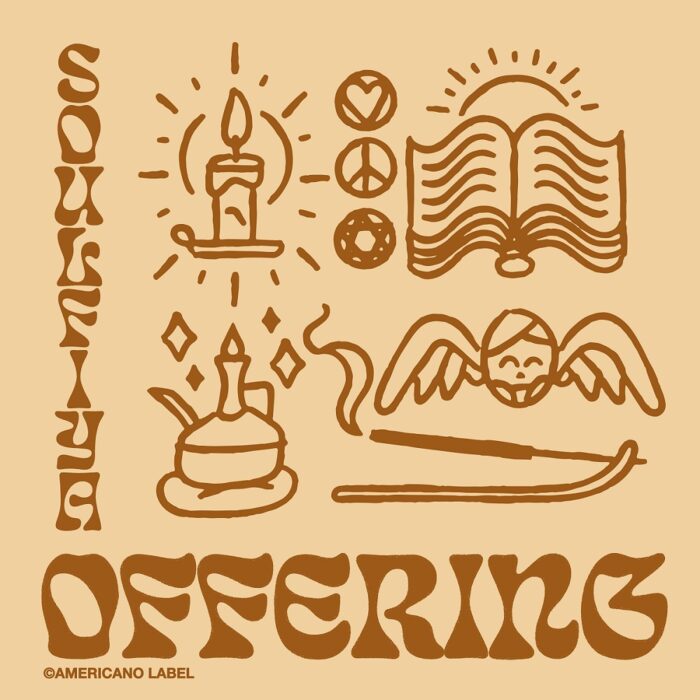 Soulfiya is a chart-topping influential veteran of the American reggae scene who has been actively performing since beginning his career in 2002. Fiya’s music blends reggae, dancehall, dub and hip-hop to create a raucous, high energy show that keeps the crowds excited. Soulfiya’s solo albums Reality & One both hit the iTunes Top 50 charts at #44 & #16, respectively.  And his most recent EP Bushdoctor hit #3 on iTunes Reggae charts!

“Offering” was recorded with Grammy-nominated producer, DJ, and nu-cumbia pioneer El Dusty at Dusty’s PRODUCE studios in Corpus Christi, TX.  The project also features Grammy award winning producer, Mariano Herrera. “Offering” will be the second time Soulfiya has worked with both Dusty & Herrera, following his Bushdoctor EP that came out in 2019. Fiya states, “Offering is the 2nd EP that I recorded with El Dusty and his excellent team at Americano Label. This time I was much more comfortable and was able to impart more of my style into the project.”

In its entirety, Offering is a powerful fusion of Reggae & Cumbia. The title track is a dark and mysterious dancehall style riddim with pan flutes and sitar runs. Fiya explains, “The song is about the synchronicity of many of the world’s faiths and the necessity of unity and discourse.” 2 Bad Brown DJs is a high energy tune featuring Apache Indian. Other notable highlights include Empress, Fiyas thunderous ode to Monogamy, and Nah Inna It, a dubby riddim with Hip-Hop sounds that allow Fiya to return to his classic ragamuffin style.

Born in the West Indies (Guyana), Soulfiya has performed in 39 states, 4 nations and with countless contemporary and legendary reggae icons. With live music beginning to return, Soulfiya hopes to return to the stage soon. The road warrior has some outdoor festival performances planned for later this year.