DHH Next Up: Woes 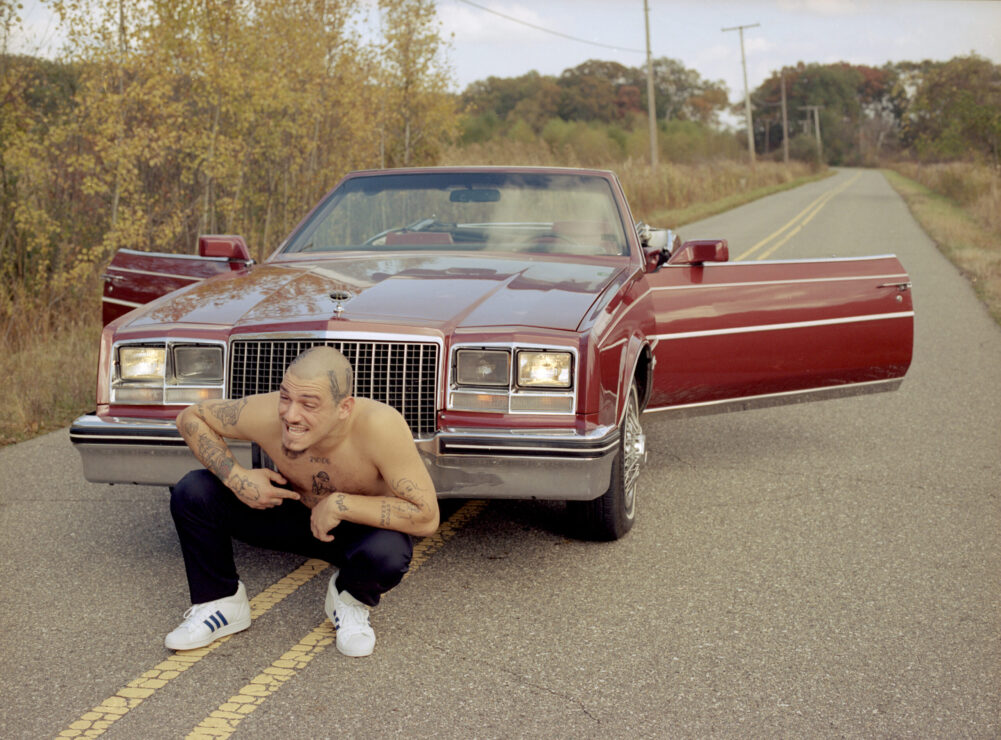 Woes is an extremely talented and charismatic rapper based in Chicago, Illinois. For anyone who has never listened to Woes, I highly encourage them to check out his single “War.” Woes’ incredible energy and lyrical ability is showcased on the single, and don’t get surprised if you become an instant fan after hearing it.

Yooo, thanks for the interview dawg. 2021 has been pretty cool for me so far. Gearing up to release some of my favorite music I’ve written and I ate asparagus for the first time. That shit is like little trees. My piss smellin’ CRAZY.

In your younger years, your mom put you on to artists like James Brown and Destiny’s Child. Your dad would spin Aretha Franklin, Patsy Cline, and even Classical music. Growing up you listened to Eminem, Biggie, and Jay Z. If you could only pick 1 artist or person, who would you say has had the biggest influence on your music?

I really don’t know if I could pick only one artist that influenced me the most. I always had a constant rotation of a handful on repeat that helped shape the artist I am today. If you put a gun to my head and made me pick someone who has influenced me the most, I’d say The Roots. Everything from the instruments of the band while also sampling and Black Thought & Questlove.. GODDAMN. They’ve taught me so much in particular. Black Thought taught me how to use my voice like Questlove uses his drumkit. Fucking get in there, make them think, cut em up & dip out.

“War” is a powerful track with police brutality being a major theme. What are some steps to police reform that you would like to see?

I really don’t know if I have the right answer for this question. Personally, I think it starts with the training which stems from the budget that each city gives each department. Next, I think another one of the biggest issues is the lack of accountability police have for each other. The abuse of power that a majority of police carry around with them is inhumane. There needs to be a zero-tolerance policy when police fuck up – they need to be treated like people too.

Can you give some behind the scenes info on the making of War? What does your music-making process look like?

War started by me hearing the original song by Edwin Starr. I work very closely with a producer named ‘GoodBoy’ from Baltimore, Maryland. After I heard the track by Edwin Starr I knew he could work wonders with it by sampling it. GoodBoy had the beat finished in about 45 minutes. I just pace a lot while I write. We made it after a summer of protesting the murder of George Floyd and I kept that same energy while I recorded it

I don’t feel obligated. It’s built into me as a person to stand up for what I believe in. That doesn’t mean I always do the right thing or say the right shit, but I definitely try.

Do you have a team? [If yes] how important is it that an artist has a good team around them in order to be successful? [If not] How do you manage creating music, promoting, booking, and all the many responsibilities that come with being an artist?

Uhhh, I’m definitely starting to acquire a group of people that help me create and put my music where it needs to be. I have a wildly productive group of people around me; I’m so grateful for that. Doing it on your own definitely makes you learn how everything works but it’s so much more efficient to hand pick a group of people that are willing to help you. Everyones motives have to align though. I’m a pretty hands-on person especially when it comes to my music so I don’t mind doing a bit more to stay involved to make sure it stays on the right tracks. I’ve been so lucky to be surrounded by a group of people that all mutually care about each other and want everybody to be good. We’ve made a family out of it.

Chicago has been a hub for musical talent for decades. Most people outside of the scene know Chicago for its drill rappers, and other artists like Chance the Rapper, Noname, Saba, Mick Jenkins. As an insider to the scene what insight can you give that people may not know?

Chicago has one of the most diverse rap scenes; it’s truly beautiful. Living in this city and being surrounded by the artists that I have been have made me feel like it’s completely possible to be the exact artist I want to be. There’s a pocket for everybody; it’s almost easy to get lost in. That shit took me so long; I moved here as a kid (18y/o) out of high school. I hadn’t found my sound yet, so I was getting lost in who I was listening to. I almost had to step back from really being a FAN of anybody in order to find out who I was before I could enjoy anybody’s shit again. Chicago is so goddamn supportive and that’s allowed me to flourish and find my lane like I have.

I remember the last show I played and the first show I canceled. I remember a lot of my homies were about to go on tour and everything slowly crumbled down. I really tried to focus on the positives that COVID presented me with. I secretly loved the alone time that quarantine gave me. I stayed inside and wrote / recorded as much as fucking possible over the last year and now I’m trying to put everything out and get it all where it needs to be. COVID also presented me with a bunch of opportunities that I would not have gotten without it; like focusing more on live prerecorded sessions, video work etc.

I try to say shit that will make people think for the better. Shit that nobody else is saying. I honestly rap about my mom and my exes and my balls a lot.

I have a new song called ‘Cheeks’ out everywhere March 19th and a two song EP debuting April 9th on all platforms – produced by Aaron Black from Popcoin.