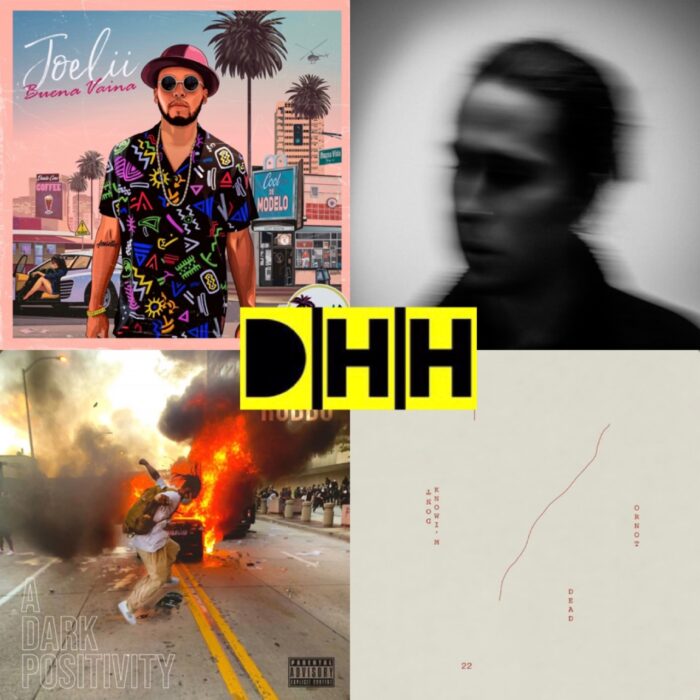 Straight out of Montreal’s underground dance scene, Antoine Desrosiers , better known as Mezraa — is a music producer who creates a soundscape singular to himself. And by melding Madlib and J Dilla vibes to UK trip hop atmospherics, like Massive attack, Mezraa carefully threads together an organic and cinematic sound.

LNDFK (pronounced L.N.D.F.K.) is the moniker of Linda Feki, producer and songwriter, born in Sousse, Tunisia, and raised in Naples, Italy. After touring Europe in 2019, sharing the stage with the likes of Kamasi Washington and Mndsgn, and a performance at Primavera Sound which won over fans and critics, she’s set for 2021 to be a breakout year. The first single from the album, “Don’t Know I’m Dead Or Not” features Miami rapper Chester Watson, one of the brightest emerging stars in the alternative hip-hop scene. Chester’s smooth late night flow amplifies the dark tones of the track and compliments LNDFK’s soft yet powerful voice. The track (and forthcoming album) is co-produced with Dario Bass and thematically is deeply symbolic, being centered around the theme of the mental disorder depersonalization (a mental dissociative disorder in which the perception of oneself and surrounding environment feels detached).

After a strong start to the year, lpswich, UK artist Parris Robbo is tying up the first chapter of 2021 with a 5-track EP titled ‘A Dark Positivity.’ The project serves as an antithesis to sugar coated positivity as well as the alternative of negative subject matter that offers no potentioal solutions or clarifying perspectives.

By way of the Dominican Republic, the L.A. based artist Joelii is known for his versatile flows, aggressive rhymes, and bilingual seductive melodies in both English and Spanish. The track is off of his recent EP “Buena Vaina,” a refreshing artistic and versatile record that breaks the mold and showcases Joelii’s songwriting sensibilities.

French rapper, citizen of the world in the spirit, L’artiseur uses the Back To The Future movie series as he expertly speaks on current events in his music video for “BTTF.”

Blacksmith - Everything Is Blue [Bristol, UK]

After forging his career as an MC and producer, Blacksmith snagged support slots for some of the most established underground acts, from Common and Jurassic 5 to Mos Def and Dilated Peoples. He has released a string of successful singles, with his biggest hit ‘Through The Melody’ racking up just shy of 130,000 streams on Spotify alone, as well as ‘Peace’, a project he deems his “most ambitious” that is a collaboration with Los Angeles’ giants Rakaa and Marc 7 of Dilated Peoples & Jurassic 5′. Bristolian rapper Blacksmith returns with ‘Everything Is Blue’, an ode to the tumultuous times spent watching the world unfold from our sofas. A laid-back, breezy beat and buoyant guitar riff play as the perfect backdrop for the track, with a tongue-in-cheek quality that reflects the sheer panic felt as our fate lay in the hands of bumbling politicians.

Gearing up to release his debut album ‘ARIA’, Papa Aashi connects with PaulfromBrussels on “Silky Essence.” The title perfectly describes the song–smooth like silk– the two artists display excellent chemistry. This is a feel good, summer dancing vibe song, that never fails to energise listeners.

DHH Next Up: Quin Jaye