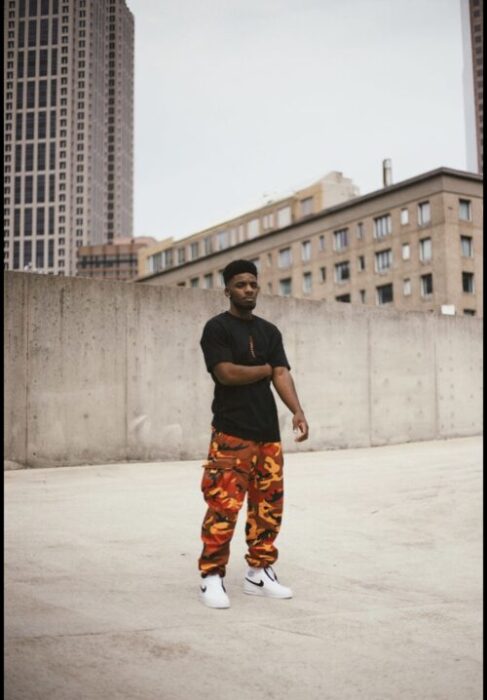 Pittsburgh’s latest rap prospect Delrondae bursts back onto the scene with yet another fiery track in the form of ‘All She Wrote’, a hard-hitting retaliation at a relationship gone sour.

Produced by Ricci and 1 Wav Collective, the syncopated beat blends broody bass and distorted synths to create a rhythm that reflects the emotional turmoil of the single’s narrative, with the pace deviating as the Pennsylvania rapper spits snarling bars over the flow. Self assertive and raw, the killer chorus and clever verses are a statement of defiance, as Delrondae refuses to be messed around again.

‘All She Wrote’ is a story about a girl that took advantage of her boyfriend in a relationship when he tried to give her the world yet she still left him” he explains, “As the relationship comes to an end he realizes that he was way too good to be treated like that. This has happened to me before and it’s something I think many people can relate to as it can go both ways happening from a girls perspective as well. When I made this song I was going off pure vibes of the beat, it took me like 20 minutes to make it. It was the perfect song that I needed to finish up my upcoming project”.

Heavily inspired by rap legend J Cole, Delrondae spent his youth watching his older brother, Walt Benji, craft beats, which led him to follow in his footsteps. His debut release, a remix of Meek Mill’s ‘Pray For ‘Em’ caught on like wildfire, and infectious tracks such as ‘Nothing Usual’ and ‘Sing My Song’ came shortly after, with the latter racking up over 309,000 streams on Spotify alone. Blending classic era with a new school flow, he has dedicated his time to forging a sound that is distinctively Delrondae, and he is set to take over the scene this year.

With a project in the pipeline for release in the coming months, get ready to hear a lot more from Delrondae.

Stream All She Wrote