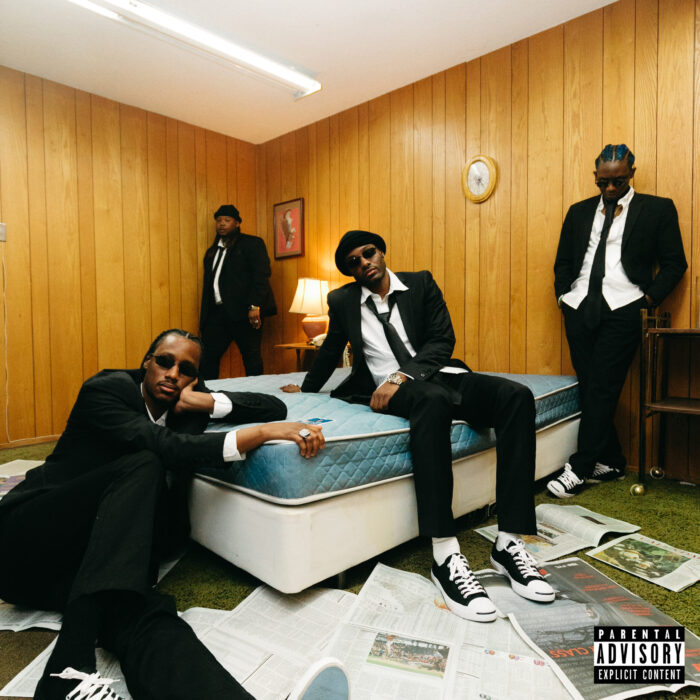 Creating their own instrumentals and music videos in house, Louisville rap group The Homies brim with an infectious communal energy that permeates their music. Coming through with a breezy banger to cool off this heat wave, the four-man collective shares “Thirsty,” their new single. “Thirsty” is the latest missive from It’s A Lot Going On, the next album by The Homies, releasing on August 19th.

Produced by group member 2forwOyNE, an accomplished sound architect who produced several tracks on Jack Harlow’s latest album, “Thirsty” combines elements of two late ’00s rap cuts–using a sped-up sample of Drake’s “Houstatlantavegas” and vocals of Missy Elliott’s “Ching-A-Ling”–into a cohesive and incredibly catchy whole. Vocalists AcePro, Shloob, and Quiiso embellish upon the sample with silky smooth harmonies, using their melodic mastery to romance the object of their affections: “I wanna spend more than time with you/Mess around spend every single dime on you/Your boss b*tch energy is shining through.” The new single follows the Hype Williams-inspired video for “Shake” (368k video views), which earned coverage in EARMILK and more.

Formed in Louisville out of a shared passion for music and creativity, The Homies have earned high-profile co-signs, earning praise from iconic DJs DJ Drama and Don Cannon, and opening on tour for artists like Lil Uzi Vert, Bryson Tiller, and Waka Flocka Flame. The Homies scored a cult hit with “Leaf Wraps,” a Jack Harlow-featuring single that scored over 5 million streams on Spotify, and later appeared on their 2018 debut album Umbrellas. They followed up Umbrellas with last year’s Honest Living, home to the single “White Lies” (3.7 million Spotify streams). With the follow-up to Honest Living on the way, The Homies showed off their live chops at Louisville’s own Forecastle Festival in May, and they are currently on the road Down Under, performing several dates across Australia.

With much more music on deck, an including the upcoming It’s A Lot Goin’ On, and an unshakeable passion for their craft, The Homies are ready to follow in the footsteps of their friend Jack Harlow from the Louisville underground to the rap mainstream. Sit back, and watch their rise.