DHH Next Up: Quin Jaye 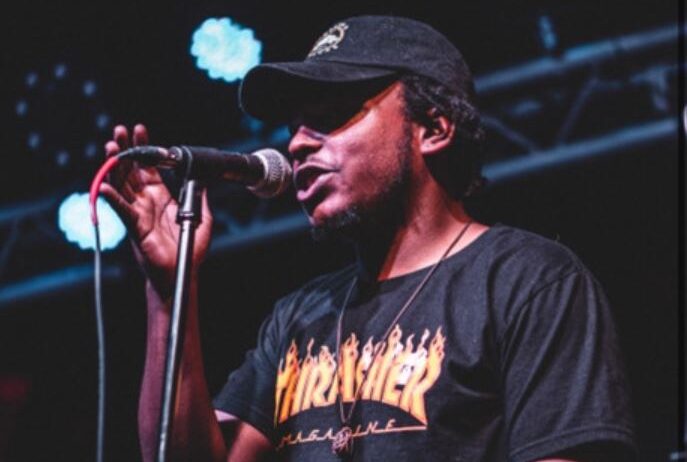 Quin Jaye is a multi-talented rapper & trumpet player coming off the release of his new EP “Kinda Blue.” His knowledge and ear for Jazz elevates his production to the next level. Add in Quin’s skill as a lyricist with his polished cadence & flow and you’ve got all the criteria you need to call him Hip-Hop’s next star. Kinda Blue is a high quality project that will take you more than a few listens to fully unpack, so we were excited at the opportunity to speak with him about the EP.

“The EP takes you through hard times but you can also feel the sense of urgency and a more uplifting vibe. I placed the song there because even though the album is, “Kinda Blue” I wanted to highlight why it’s only “kinda” blue…”

What’s up Quin? I want to start by saying Kinda Blue is an amazing piece of work! How has the reception been so far on the EP?

Blessings, thank you! So far I have got nothing but positive feedback on the project. Very grateful for everyone listening and resonating with my art.

What inspired you to start playing the trumpet back in Elementary school? As a kid, our interests are constantly changing with age. How were you able to stick with it for so long?

In 3rd grade every student got to choose an instrument and join the band. I was one of the kids that wanted to join and I wanted to play drums–like every other kid. The school couldn’t have a band full of drummers so it was a first come first serve type of deal. By the time I got to pick, the only options left were flute, clarinet, trombone, and trumpet… my first choice out of those was clarinet but I didn’t like all the “buttons.” The band teacher gave me a trombone cuz it had no buttons but my arm was too short for the slide. Soooo by process of elimination I got the trumpet and hated it, but I thought band was cool so stuck with it. In middle school my interest died a little because I wanted to be into sports and girls honestly. Band wasn’t really cool at an inner city middle school and I often told my mom I wanted to quit. She never pressured me into playing which is why I think I actually kept doing it. After middle school I auditioned for a Performance Arts High School in Bethlehem, PA because I realized I was too short to play basketball professionally and music was my real passion haha. In my 4 years at that high school I propelled at improvisation, music theory, musicianship, “Jazz” history, and the language of music. Any questions of my career path ended sophomore year of high school.

What’s the music scene like in Allentown? What made you move to LA?

Allentown being 50 miles north of Philadelphia, so close to New York and Pittsburgh, often gets overlooked because it’s not that big of a town. The Allentown-Bethlehem-Easton area better known as the ABE or Lehigh Valley, definitely has an artistic scene with a lot of talented and motivated artist involved. The reason I left is because I felt like I was doing something too different for the town. People were rocking with me but I just felt if I went somewhere else I would be appreciated more and that would help me grow as a man and an artist. The only time I been on a plane was in 2019 and it was to California; so in January 2020 when I made up my mind on what I wanted to do I went right back there. For an indefinite amount of time but now it’s definitely home.

Which was harder for you to master, rapping or playing the trumpet? Are there any similarities in the learning process between the two?

I wouldn’t say I mastered either quite yet, haha. They are both equally challenging. Honestly they are challenging in the same way. Technicality, creatively, and originality. I’m still finding my voice on both my instruments in that sense.

Take us through your creative process for ‘Kinda Blue.’ How long have you been working on the project? What inspired you to make this EP? What made you pick the features that are on the project?

Man… I would say Kinda Blue has been in the works since like 1959. Seriously though, the inspiration is drawn from that year. Miles Davis dropped “Kind of Blue” in August of 1959. Even though I wasn’t even thought of yet, things were brewing since then. Writing my project, “Kinda Blue,” took about 6 months. I wanted to pay homage to my biggest musical inspiration (Miles Davis), display my rapping and trumpet playing abilities, and of course say something from the heart in a tasteful way. The content I wrote about took my whole life up until that moment. There’s things that inspired me when I was young and things that inspired me last year that are on the project.

All the features came naturally because I didn’t hear anyone on anything. The first track, “Don’t Ask” feat. David Vines was a spur of the moment thing. He was at the crib cuz I was laying horn on one of his records and when we wrapped that up we were just vibing and I ended up showing him that song. At the time I only had the first verse recorded and an idea of the hook. He stepped in and wrote a new hook and tracked it the same day. Shortly after that I recorded the 2nd verse at my mommas house in Allentown, PA when I went home for the holidays. The next track, “What’s Da Word” features Moe P, Khaki, and FlyCityRay. Moe P, FlyCity, and I just came off a collab album release so we had chemistry. They were over at the crib one night just kicking it and I played them what I had of the record. It was my verse and the hook at the time. I knew Moe P would body it and he started writing almost immediately. While he was writing, Ray laid the harmonies and ad-libs to the hook and I swear by the time he was done Moe already had his verse locked and loaded ha. Now, there’s a 3rd verse on the record and I wrote like 4 times to it but nothing I felt was fire so I was just sitting on the track, in no rush to finish it. A month later I’m at the homie Khakis crib, I was laying horn on one of his records when I had the idea to see if he could beat up the open verse I got. I played it and he said he wrote something last night to no beat and he thinks it could fit perfectly…. it fit perfectly. That’s history.

The recording process took about the same amount of time as my writing process, 6 months. I recorded myself as I finished the songs then sent them to get mixed and mastered by a close colleague. He took about 2 months to get me the masters.

I want to talk about the title track/outro. Has your family heard the song and what’s the conversation with them like afterwards? Is it harder to be vulnerable in your songwriting process knowing that your family and close friends will hear it?

My immediate family heard the song before I released it. I think now that they can really listen to what I’m saying they feel it more. I got a couple texts and calls about that track specifically from close and distant friends/family. My father hasn’t said anything yet I don’t know if he heard it haha. I got family in Guyana reaching out saying they heard it and love it. Means a lot to me on a track that was so hard to write, record, and release that people love it.

It’s definitely hard to be that vulnerable, but I love songs like that because you can learn more about the artist. I tried to be an open book but at the end of the song I say, “I keep on waiting” kind of suggesting I didn’t even say anything yet…

I haven’t spoke on anything too crazy yet. I always write from multiple perspectives so there are definitely jabs and metaphors on social injustice, but you gotta be careful how you go about that stuff.. ya feel?

Miles Davis is a big inspiration for you. Could you share with us 3 of your favorite songs/compositions from him?

I’m gonna give you 3 albums because 3 songs is not enough.. IN ORDER: Kind Of Blue, E.S.P, Bitches Brew.

The pitch I frequently refer to is Rapper & Trumpet Player. I feel like that says it all honestly. How often do you hear that combo?